From 27 February 2020 to 3 January 2021 the Musée Marmottan Monet is putting on a unique exhibition titled “Cezanne et les Maîtres. Rêve d’Italie” (Cezanne and the Master Painters. A dream of Italy) in which, for the first time, the painter’s works will be presented alongside pictures by the great Italian masters from the 16th, 17th, 18th and 19th centuries. A remarkable selection of canvases by the forerunner of Cubism, including an iconic Montagne Sainte-Victoire, and the essential Pastorale and still lifes, will thus face a rare ensemble of paintings by the likes of Tintoretto, El Greco, Ribera, Giordano, Poussin and, in the modern era, Carrà, Sironi, Soffici and Pirandello, and of course Boccioni and Morandi.

“Cezanne and the master painters. A dream of Italy” features some sixty masterpieces from leading public and private collections around the world (the Louvre and Musée d’Orsay in Paris, the National Gallery of Art in Washington, the Thyssen-Bornemisza collection in Madrid, the Pola Museum in Kanagawa, and the Walker Art Gallery, Liverpool, etc.). The first part of the exhibition will bring out the manifest importance of Latin culture in Cézanne’s work and the way in which he drew on the example of his illustrious predecessors in order to lay the foundations for his “new” painting. Given this strong Italian influence, it is hardly surprising that his own work should in turn have influenced artists south of the Alps. This is demonstrated in the second part of the show, where works by the masters of the Novecento, such as Carrà, and figures such as Morandi and Boccioni can be seen revisiting his concerns, thereby confirming the timeless importance of Cézanne’s work, and its pivotal role in the art of the 20th century.

Available in french
and english: 3 euros 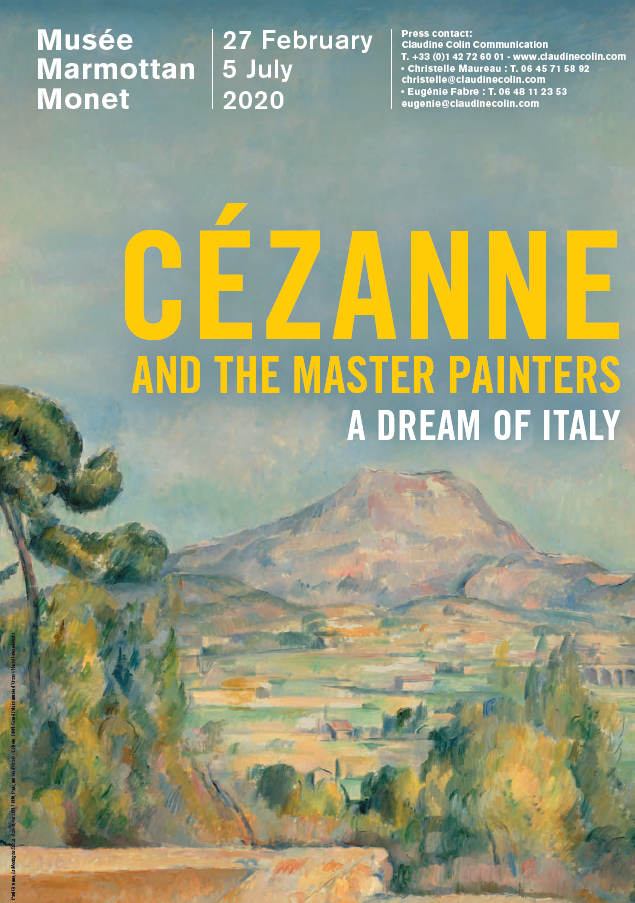