From 13 April to 21 August 2022, the Musée Marmottan Monet presents an exhibition entitled The Theatre of Emotions. Bringing together almost eighty works dating from the Middle Ages to the present day, coming from both private collections and prestigious French and international museums, the exhibition retraces the history of emotions and their pictorial expression from the fourteenth to the twenty-first century. The fruit of a collaboration between Georges Vigarello, historian and philosophy professor, and Dominique Lobstein, art historian, the exhibition provides a new perspective on these works by contextualizing their creation.

Emotion, with its “often intense reactions,” is systematically present in the visual arts, where it is explored, sought out, and translated in a multitude of ways. Emotion is frequently the meaning behind many of these works, and is used to suggest the flesh and stimulate curiosity. All its expressions are illustrated there: from suffering to joy, enthusiasm to terror, and pleasure to pain, which Louis-Léopold Boilly skilfully presented in his Trente-cinq têtes d’expression (circa 1825, Tourcoing, Musée Eugène Leroy). The latter can be seen as the repertoire of a theatre of human sensibility, where emotion is exposed and displayed in all its guises. From the Middle Ages to modern times, Dürer’s Melencolia (1514, Paris, École nationale supérieur des Beaux-Arts), the turmoil of young hearts (Jeanne-Élisabeth Chaudet, Jeune Fille pleurant sa colombe morte, 1805, Arras, Musée des Beaux-Arts), the Têtes d’expression by the École parisienne des Beaux-Arts, or the terror bestowed on madness, as painted by Charles Louis Müller (Rachel dans Lady Macbeth, Paris, Musée d’Art et d’Histoire du Judaïsme) are all manifestations of feelings, understood by all and instantly deciphered, eloquent in their features and their expression. Finally, the fierce interest that exists today in psychological themes, traumas and affects, can only reinforce the legitimacy of an exhibition on emotion in the visual arts, its varying forms and degrees. The exhibition suggests the endless repertoire of the affective resonances of our inner world, their presence and/or absence from the inscrutable medieval ivory pieces to their screaming sublimation in Jean Fautrier’s Têtes d’otages (1945, Paris, Musée national d’Art moderne, Centre Georges Pompidou).

However, these nuances may be said to have a more precise or valuable interest. They also serve to reveal how these same emotions have varied over time, how their manifestations have shifted, how the attention given to them has changed, and sometimes too the meaning assigned to them. “Emotional” objects are enhanced, the gaze is renewed, intensities differentiated, as too are interpretations. What was once deemed melancholy becomes neurasthenia (Émile Signol, La Folie de la fiancée de Lammermoor, 1850, Tours, Musée des Beaux-Arts), violence becomes abhorrent (Pablo Picasso, La Suppliante, 1937, Paris, Musée Picasso), physiognomies are differentiated, and fracture like never before under the pen of Boilly or Daumier. Emotion now offers infinite nuances, which the story complements and renders unique. This exhibition provides an insight into the way in which the Western psyche was slowly constituted: its imperceptible development over time, its hidden faces, and its increasingly distinct particularities.

The eight sections of the exhibition illustrate the slow transcription of emotions by artists, and its evolution over time, in the light of aesthetic and scientific reflections, and the weight of historical events.

Available in french
and english: 4 euros 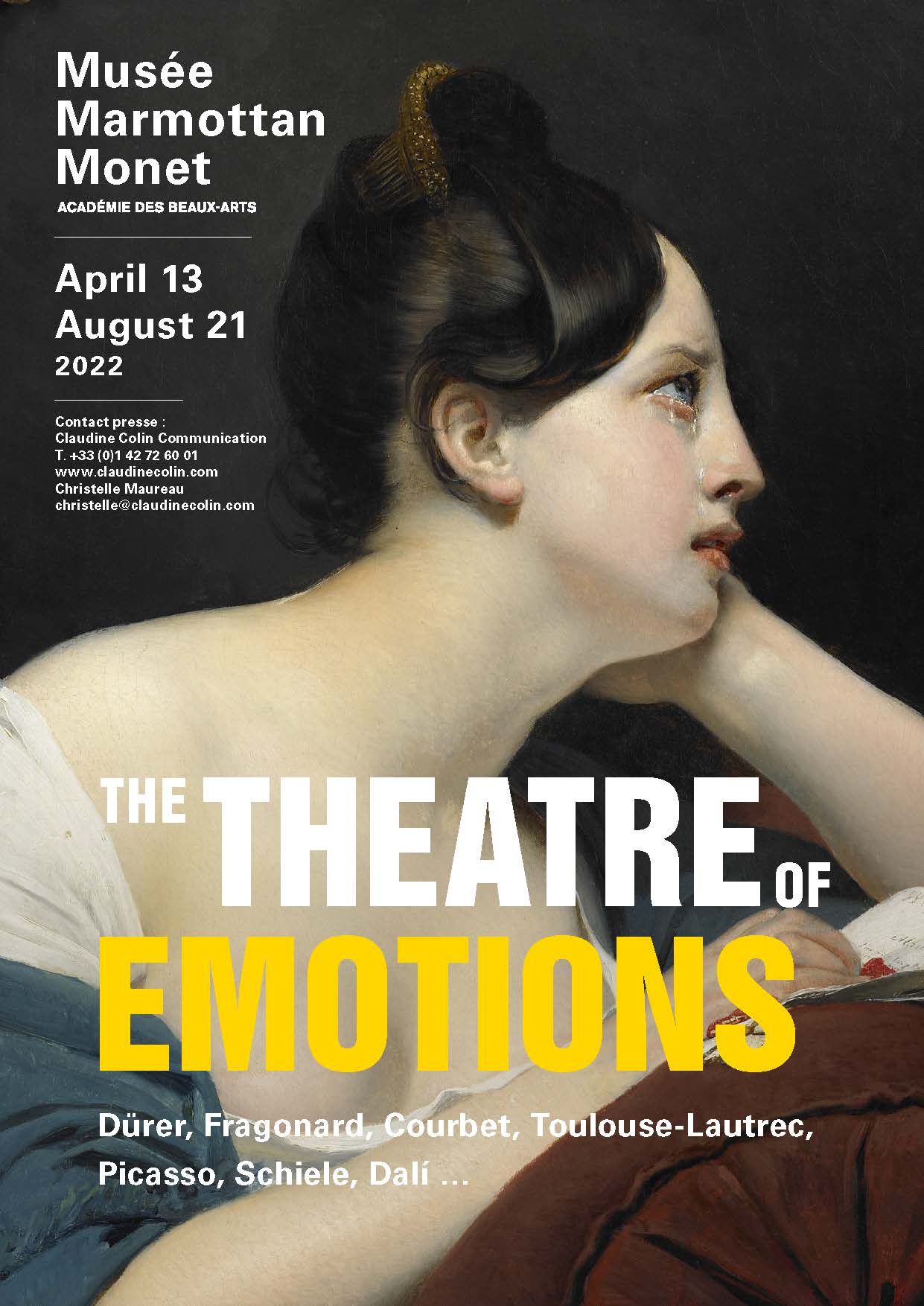